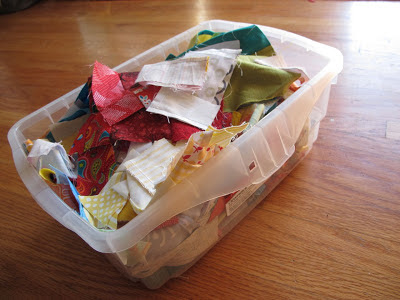 For the last two or three years I've kept this bin of fabrics scraps by my side while I sew. It sits next to one of my big glass jars full of seemingly useless snippets of scraps. Tiny pieces, big pieces, odd pieces. They all live together in the hopes of becoming something more.

Slowly, slowly, they are indeed doing that.

As I sew, particularly improv sewing, I use these little bits as leaders and enders. That is, instead of having dangling threads on every single seam I often grab two snippets and sew them together. At the end of a moment of sewing I have a new collection of pairs. 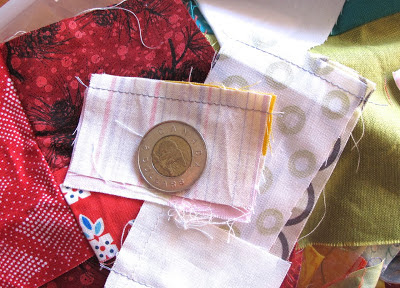 Some pairs are small, some a bit larger, and some teeny tiny. Eventually, they will all get sewn together into some kind of crazy, hot, scrappy mess. And I will love it. For now, however, they are still sitting in pairs, like some sort of speed dating event.

On the weekend I wasn't in the mood to sit while we watched UFC and Le Tour at the end of the night. So I set up my iron and finally tackled the pressing of these lonely dates longing to be part of the crowd. And three hours later I wasn't quite done, but I made a good dent. 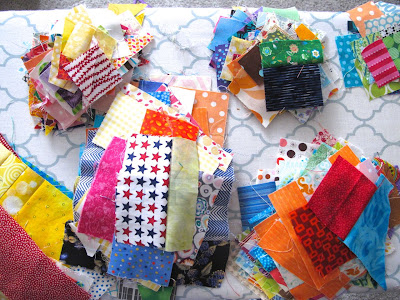 Now it is time to create a new set, by sewing these piles together. And so on, and so on... It really is going to be chaotic when done, but I'm pretty sure I'll love it. How can I not, when I have these little precious combos littered throughout? 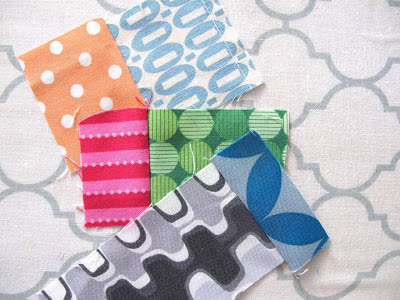 Keep these leaders and enders in mind when you're making your slabs. Makes the process faster and neater.
Posted by Cheryl Arkison at 7:37 AM

The leader and ender system when sewing is priceless, isn't it?

I used leaders and headers but never thought of using my scraps for them. I've always used the precut squares for something particular. Thanks for the suggestion.

I do leaders and enders, too, but I cut exact sizes first to sew together - ugh. I like your way much better! Thanks for sharing.

Ooo I love this idea! What a great way to multitask on a seemingly endless task! Great idea

Did you know you can shorten your long urls with Shortest and get money for every visit to your shortened links.

Trying to find the Ultimate Dating Website? Join and find your perfect match.