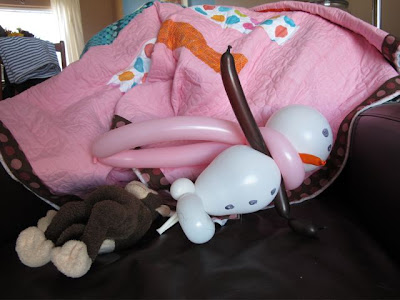 In the real world a book gets written in the early morning and very late hours. Sewing happens on the dining room table while the rest of the family eats next to you. You edit manuscripts at the pool during swimming lessons. In the real world.

For Scrappy Sunday this week Amanda and I are talking about how we, ourselves, got it done.

This is actually a question I get asked a lot. How do I get it done? The short answer is that I don't sleep. Much. The longer answer isn't much different.

Personally, I write better in the morning. This means I set my alarm to get up early, even in the summer. I will try to get at least an hour, hopefully two, in before anyone wakes up. With baby now that doesn't always work, but I try. In the winter, though, I couldn't turn on any lights or make tea because it would sometimes wake up the girls. That meant I hunkered down in a corner of the dining room with only the light of my monitor keeping me company. If Hubby was out of town I would stay in bed, ignoring my screaming bladder, and write until the girls came in to jump on the bed and me. 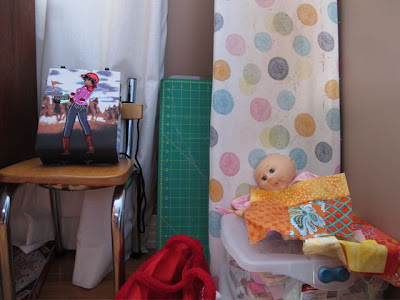 Most of my sewing was done at night, right after the girls went to bed. The second I closed the door after bedtime kisses and songs I was pulling out my machine and the latest quilt. If Hubby was home he watched TV while I did this (we have a living/dining room combo). If he wasn't then I put on some music while I sewed, sewed, and sewed.

For most of the writing of the book I still had nap times for the girls. The Monster only decided to stop napping just after I sent off all the quilts for the book. She was nearly 5. Of course, her younger sister decided the same thing for herself at the same time. I was just thankful that they went as long as they did and that they held off until the majority of the work was done. That gave me a few hours every afternoon to work. More often than not that extended after nap time with the use of PBS Kids.

Yes, that's my other secret. PBS Kids, I owe you a world of gratitude. Both your fun TV shows and great website kept my girls going when I just had to get 'er done. 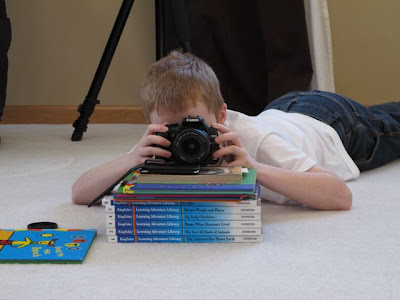 I also took advantage of my kids during this time by putting them to work. They sorted scraps for me, pushed the foot pedal in games of red light/green light, and helped me bind quilts. This is where The Little Feet, Pins and Needles series came from. We also got them involved in photo shoots.

Speaking of taking advantage of things... We live in a great community. There is a hall which houses the preschool and hosts a tot-time one morning a week. I had access to space and big tables to baste. I used all these features, sometimes all at the same time, to get things done. This meant basting quilts while I watched one kid during tot time and the other was in the basement preschool! 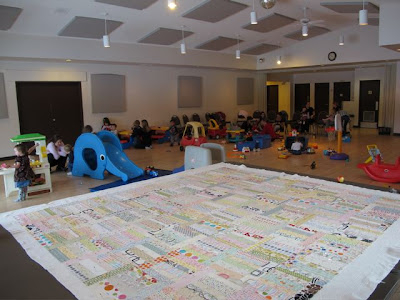 At the end of the day we still had to eat, so I took advantage of batch cooking. One day in the kitchen - sacrificed quilting time - could yield a half dozen meals. I also fed the family popcorn for dinner sometimes. Most days it was kind of nice to stop, clean up the table, and turn my brain to other things. Having a defined break does wonders for productivity. You return to the task refreshed. This applies to work stoppages for games of Candyland too.


When my Hubby was away for about 4 of the 6 months we had to do this book I actually found it to be easier to get the work done. Don't tell him that! But I could work at my own schedule without having to interrupt his. But when crunch time came I was very thankful to have him around. He took the girls out of the house for fun days so I could frantically quilt, he handled the rush repair of my machine 3 days before the quilts were due, and he made me leave the house for dinner when I didn't think I had the time to stop to eat. 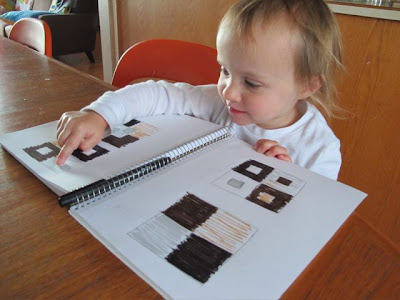 Having a partner in Amanda made everything easier too. It was fantastic to have a second set of eyes on a project, someone to vent to that completely understood what you were going through, and a partner to share the work load.

So, there you have it. I don't sleep much, I don't sit and watch much TV, there is good and bad cooking for meals, and I really don't fit exercise in. That's how I get 'er done. But I also had naps, took breaks for cuddles, books, and creative play, and even managed to stay mostly happily married. But it all takes focus and determination. And tea, really strong tea.

It's so nice to hear how you got all of this done. I am in awe!!

I really enjoyed reading this, if only to convince myself that I really do need to start getting up earlier. Thanks to you and Amanda Jean. Sometimes just accepting that something is going to be a lot of work and jumping in (and accepting the role of PBS kids in my life) is the best advice.

Thanks for sharing how you got it all in! I don't know how you could get up early and write without any tea - getting up early is hard enough, but without tea...!

Thanks for sharing the book writing process. I had to chuckle when you said you even served popcorn for dinner. That is exactly what I had for dinner tonight. We had house guests from Canada for the weekend and I ate far too much and just wasn't hungry. At 8 o'clock DH made a batch of popcorn...it was just perfect. Have a wonderful week!!(o:

I couldn't live without my quiet time. Glad to hear I'm not alone.

Fabulous post! Thanks so much for going through all of that so we could enjoy your lovely book---and enjoy I do!

Ditto. For all of it. It was so much easier the nights my husband worked late so I didn't have to worry about spending time with him instead of quilting. And towards the end he definitly did his share of taking kid out of the house for me. Unfortunately Brice had given up nap time before the book started, but we are back to taking them again, now that it's done of course. :) There was lots of Sprout and Nick Jr. in the house and "fend for yourself" dinner nights, too. Next time I want to be better about prepping food ahead of time. So glad to know we all have similar experiences.

First, thanks again for picking my name!!!
I think it's always a big struggle to find time for sewing besides everything else. I 'm sewing almost in the evening and on weekends for a few hours and I'm always so happy when I finish a quilt ... and then I treat myself with some more fabric;-) Hildy
hildy(at)ebertzeder(dot)de

Finally got the wonderful book! Can't wait to try out some designs. I happen to have some scraps.

This answered a lot of questions for me about how you go from book proposal to published with a little one to take care of!

I don't sleep much either, and I LOVE tea. Its always nice to read that other quilters are like that.

Is Gold a Good Investment? Buzzle Web Portal: Intelligent Life. you will be able to reach a decision about whether or not buying gold is a good investment. Gold can be bought and sold through banks and jewelry outlets any. AAPL vs Gold, Silver & Past Bubbles « Investment Watch Blog? 2012. Investment Watch Blog? 2012. No matter the day or hour, if something important (or weird) is happening in the world, we will show it to you. SBI Gold ETF. Investment strategy of SBI Gold ETF: The scheme would invest in gold and endeavor to track price of the gold. The scheme invests in gold and gold bullion as underlying.