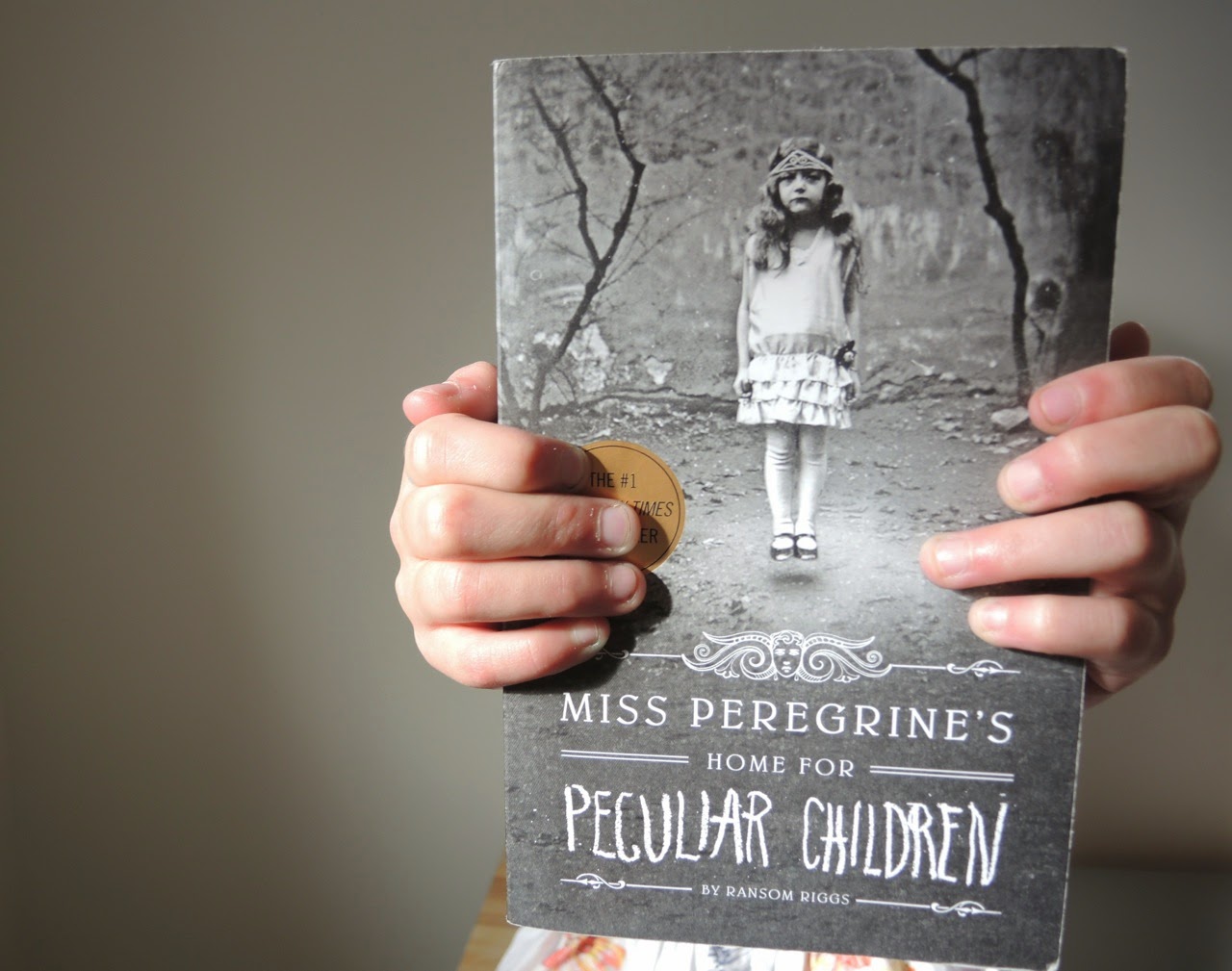 What a peculiarly fun book.

This was another beach read and what a perfect book is was. When it started I thought that I'd picked something a bit morose. And while it certainly has sadness and Nazi metaphors it is anything but morose. No, it is quite engaging and a fantastic bit of storytelling.

Miss Peregrine's Home for Peculiar Children straddles the wall of fantasy and reality, like the Harry Potter novels. It does this quite literally in the story, with the characters moving between present day and a loop of time where they exist in relative safety in all their weirdness. There is an invisible boy, a girl who constantly levitates, a teacher who understands them all, and a boy who is only discovering he is one of these peculiar kids.

The characters are built from a strange bit of photographs that the author, Ransom Riggs, curated. Searching through his own collected photos and those of other collectors he put together an assortment that inspired the story. Photos are included in the story, both illustrating it and becoming a part of it. They are creepy and surreal photos, to be honest. And instead of staring at them and wondering what they hell is going on in the photo, Riggs does that for you in the story.

It isn't just the characters, however, that make this book. It is well paced, with little hills and valleys that take you along on an adventure. There is a mystery to unravel and family dynamics to be explored.

I think, technically, the novel gets categorized as Young Adult/Teen. Get past that, or read it with a teen in your life. This is the kind of read that gets you antsy and excited, while also making you want to put the book down as if you were watching a scary movie. But you can't and you won't because it is also such a compelling story.

As a bonus, the sequel is already out.
Posted by Cheryl Arkison at 8:17 AM

I read this a summer (or 2) ago, I also enjoyed it! I did nit know there was a sequel! Thanks for that info!

I so enjoy your recommendations. A few months ago I read Second Person Singular and it's a book that has stayed with me.

I have this one and have started it a few times. Maybe it's time to actually sit down and read it.

I loved this book, and have just finished the next in the series. I can't wait for the third one!

I'm reading the sequel now. Loved the first and loving the second.

The sequel "Hollow City" just came out a short time ago. I hear that it is really good. I am a YA Librarian, and some of my teens told me that Asylum by Madeline Roux is very similar. I have not read it yet, but it looks SO good! -Brittany

I do wish i had waited to read these- I hate having to wait for an author to finish a series. I guess I'm no good at delayed gratification.

Thanks for letting me know about the sequel. I stumbled upon that book - I think it was a Kindle freebie - and quite enjoyed it! It's different.