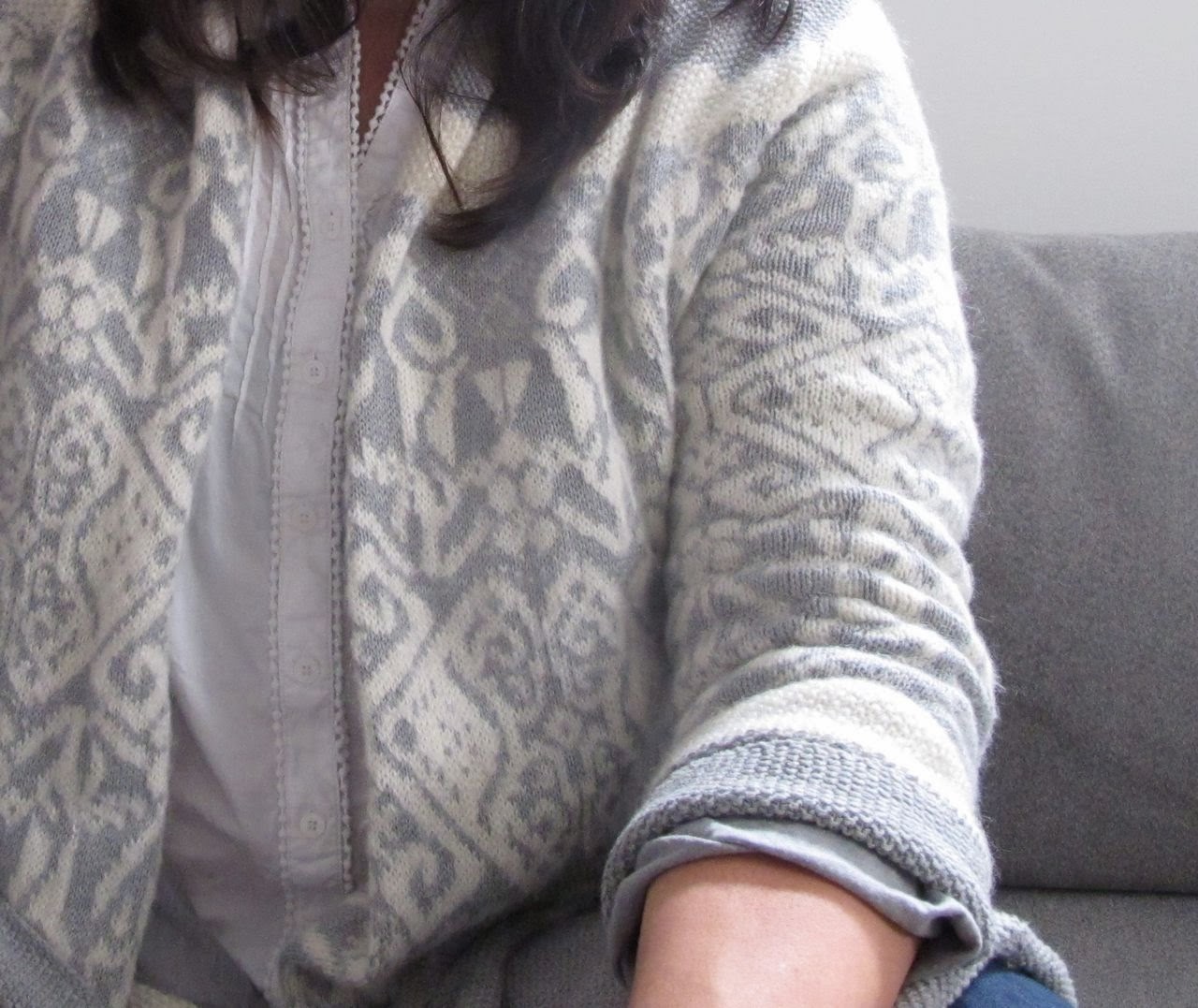 It isn't quite the end of February and people across North America are deep in the whine of winter. That is, there is a lot of whining about winter being so, so long. Now, if you live somewhere that doesn't normally get snow and there is still a storm or two on the way then I will concede to your whining. But if you live somewhere that does get snow, does get below freezing, then I have zero sympathy for you.

It was snowing the day I landed from Quilt Market - before Halloween. And the snow will not be off the ground until probably April here. If we're lucky. Now I realize that folks who grow up on the Canadian Prairies (or the North) are simply just used to this long, cold weather. It doesn't stop many from here whining either though.

Enough is enough. It's still winter. Embrace it. Cook a stew. Spend a day baking so that the oven warms the house. (Upgrade your furnace and insulation next summer). Put on a sweater and pour a cup of tea. In my case, I will cozy up in my Swobe.

Swobe is a completely made up word, much like swacket. Outside of my house they are likely never used.

And I love my Swobe. I picked up in November from Anthro (and it isn't available unless on sale in the stores). It is half sweatshirt (it has a jersey for a lining), half sweater, half robe. I don't think I would wear it outside of the house, but here at home it is the perfect thing to make a winter's day just a little bit warmer. 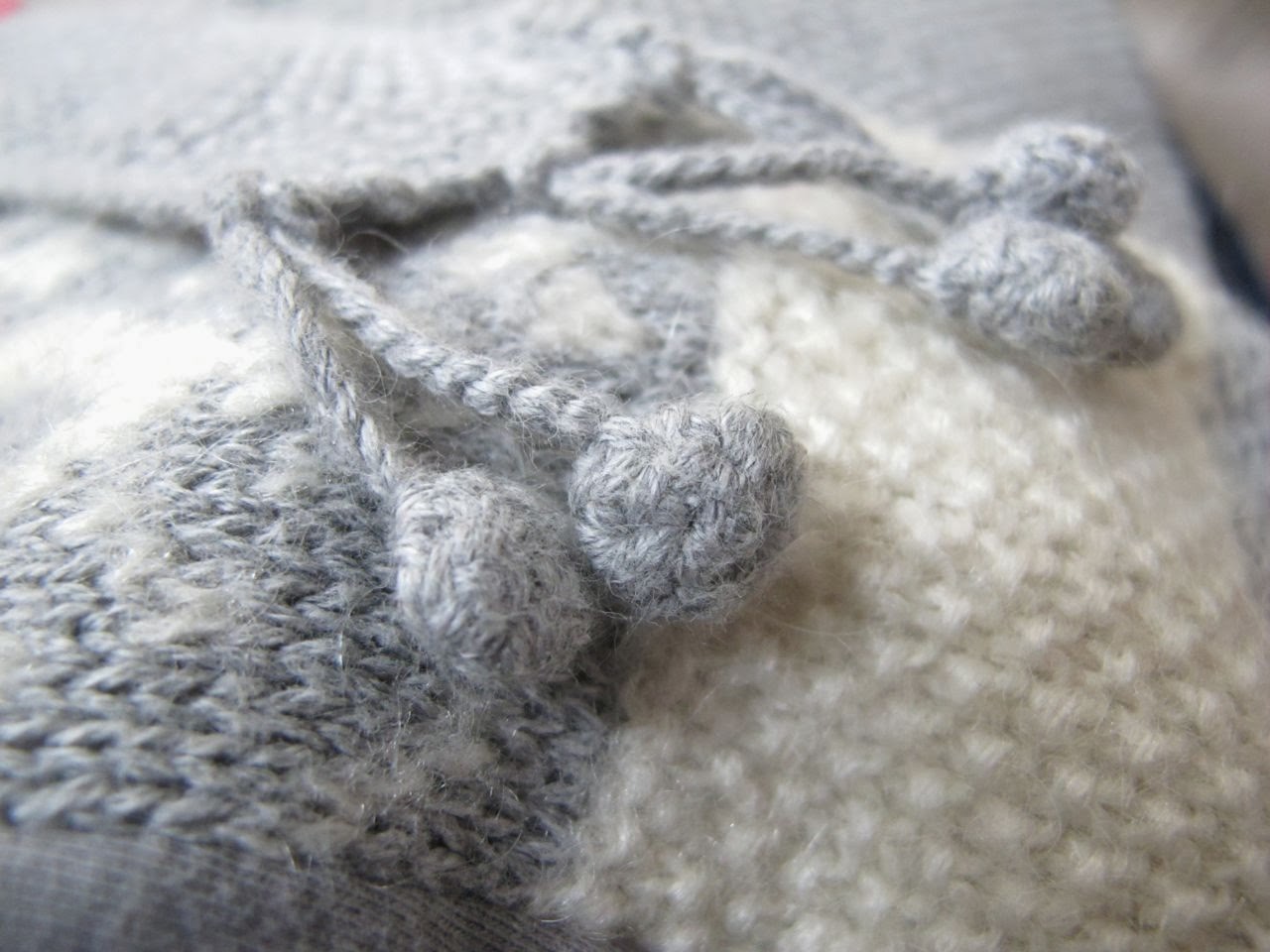 Posted by Cheryl Arkison at 9:52 AM

It looks like a delightful member of a solid winter wardrobe. Spending thirty years in the tropics taught me next to nothing about dressing for cold and it took me a few years to learn what "Layering" truly meant. It's not as simple as it sounds to those who don't learn it as a cradle language. I think your swobe deserves its status as the most-favored !~!

Here in southern Ontario the weather can't make up it's mind. It's snowy and cold then sunny then warm and melty then cold again.We've also been spoiled with milder winters the two years or so before this one, so yes we whine! Sorry

In southwestern CT, we have had a rougher than usual winter but I was saying the same thing to coworkers.
It's winter, you have to expect this sort of thing. I am embracing the winter this year. I don't mind it, except I've had to use 3 personal days for missing work...

The whine of winter. I just love that! Before I finished the post I thought, I'd like some chicken pot pie to accompany my whine. I think you should trademark that expression.

Girl I live in my robe! LOL clothes under it and all if its animal print glory! I'm sure the bus driver thinks I'm a crazy woman! My Honeyman always made fun of me till 4 years ago when I bought him a robe for Christmas ... he now lives in his as well! (We live in Illinois and are experiencing MUCH colder than normal, so the robes are getting their wear!)

You have hit upon a great source of consternation in our household. The gripeing (sp?) about winter. The radio stations are the WORST. We also believe in either embrace what it is, get out ski, skate, whatever or move. We were away last week to South Carolina and worried about missing out on some good skiing but more snow fell while we were away and we can hit the trails again. Certainly enjoyed the chance to ride our bikes along the beach but winter is home and there are probably another few weeks of it to go yet. P.S. we make up words here too. Our dog is a shmedium sized dog.....not small, not medium.